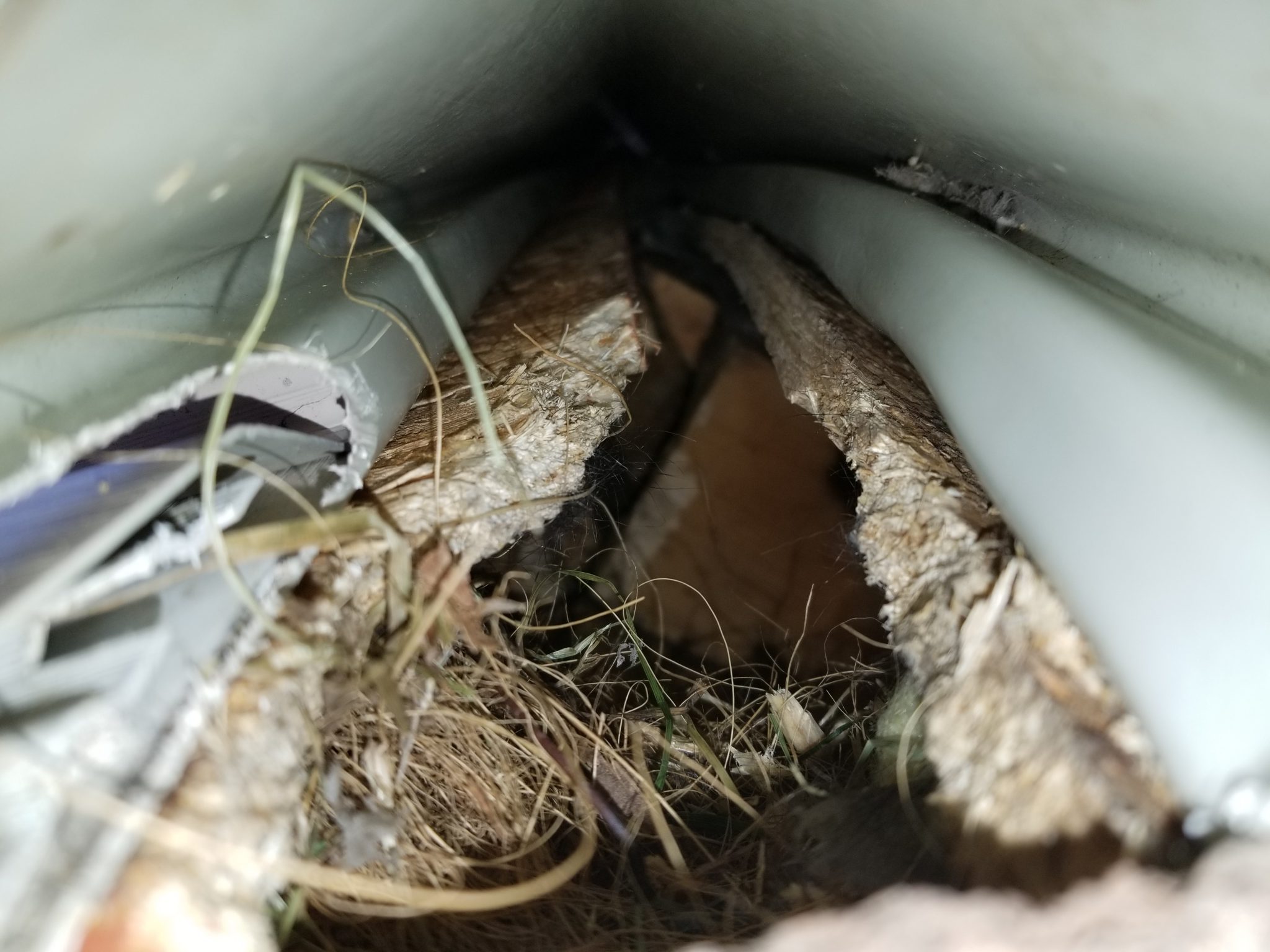 Another squirrel removal story in Newmarket for the year of 2019 which our team had the pleasure of performing. Because of baby season squirrels are mobilizing and preparing for their babies. This Newmarket home had a nifty squirrel which had found an entry point that was quite genius. Thankfully this squirrel was dealt with before she could do any serious damage. Our valued client had heard noises for approximately 3 days and we learned that the problem was fresh. The technician on the scene concluded the squirrel was preparing for the arrival of new family members after finding nesting evidence at the entrance.

Sorry squirrel, we found out what you were up to! Our squirrel left evidence on the fence to the backyard of chewed material which gave away her entrance. Take a look at the pictures below, you can see the wood had fallen onto the fence from where she chewed to get into the home’s first floor ceiling.