Home » Rat Removal » Can Rats Get Immune to Poison? 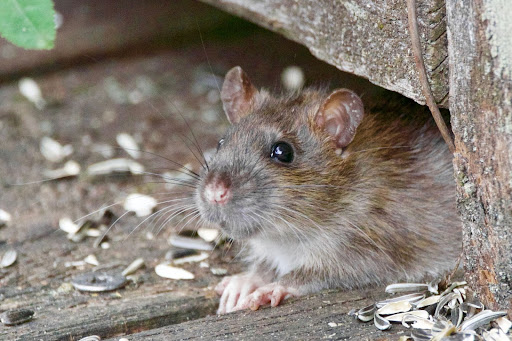 Can Rats Get Immune to Poison?

Evolution is a characteristic of all organisms. And just like man, other living things evolve to ensure their survival or defend against threats. The population expansion we’ve experienced over time means that areas previously unoccupied by human beings are now budding residential areas. With this residential expansion, humans have now built houses in the regions that wildlife once dominated. So today, we have man coexisting with wildlife (including pests) in different places.

We have attempted pest control in many ways since pests can be troublesome. One of the more obvious routes to pest control is killing the pests around your house, and poison is usually a very effective tool. However, the effectiveness of poisons seemingly dropping against rats across the globe begs the question: can rats get immune to poison?

What Classifies as Rat Poison?

A rat poison can be anything capable of causing death or significant illness in rats when it gets into their systems. Rat poison is also known as rodenticides. Some ingredients can also be home made to repel or kill rats. Over the years, these substances have come in different forms, and the different types work best in different situations.

What are the Different Types of Rat Poisons?

To fully understand rat poisons, how they work, and what might be best for you, let’s take a look at the different types of rat poisons:

Anticoagulants work as blood thinners, preventing enzymes that enable the recycling of Vitamin K from functioning. When the recycling of vitamin K slows, blood clotting agents that prevent excessive bleeding will not act. With significant exposure to anticoagulants, even the internal reserves that enable blood clotting run out. The rodent dies from internal bleeding, severe anemia, or hemorrhagic shock.

First-generation anticoagulants (those developed in the 1940s and 1950s) like Warfarin, Diphacinone, and Chlorophacinone require multiple consumptions to constitute a lethal dose. On the other hand, second-generation anticoagulants can deliver a fatal blow after rats ingest them just once. These anticoagulants like Brodifacoum, Bromadiolone, Difethialone, and Difenacoum persist in the system of anything that consumes them. They can also be hazardous to scavengers that feed on anything already poisoned.

Organs that might be affected include the heart, lungs, stomach walls, and kidneys. In most cases, a single dose of hypercalcemia rodenticides may kill a rat. However, it might take a few days or even a week before death.

To increase effectiveness and toxicity, some manufacturers combine hypercalcemia with anticoagulant rodenticides. When combined, a single dose is more effective than single doses of each when administered individually. However, hypercalcemia rodenticides are still quite harmful to other pets and mammals. When combined with anticoagulants, they are ultimately more deadly.

Phosphides were popular before anticoagulants were invented and have still worked where rats have become immune to the effects of anticoagulant rodenticides. The phosphides typically emit a smell that discourages most mammals and pets (but not birds) from consuming them, making them relatively safe. There is also a very low risk of poisoning for a pet that eats a rat poisoned with phosphides.

A concentration of 0.75 to 2% of phosphides in the bait will be sufficient.

This rat poison works by hindering the production of energy in the central nervous system cells. Subsequently, these cells swell, putting significant pressure on the brain and causing paralysis and death. Bromethalin will naturally cause death in 1 or 2 days and is very effective against a large rat population.

It’s also highly toxic to pets, wildlife, and humans. Even skin contact with the poison is moderately toxic, so you must take all appropriate precautions during application.

Rats can absorb this poison through their mouths or stomachs. After absorption, it prevents effective nerve signals in the muscles and boosts reflex irritability in a rat’s spinal cord. This results in a loss of motor functions and extreme muscular contractions or spasms. Symptoms of poisoning might be evident in the rat within 20 minutes.

It is also highly harmful to humans, pets, and other wildlife.

How do Rats Develop Immunity to Poison?

Rats are naturally a resilient species. Their resilience has helped them survive for a long time while simultaneously increasing their population considerably. To ensure their survival, they have had to evolve in the face of threats.

When anticoagulants became popular in the 20th century, scientists began to notice that the poison did not affect all rats after a while. The rats’ resistance to anticoagulants was subsequently traced back to the poor and inefficient application by users. The ineffective use allowed rats to gain exposure to the substance without it killing them, allowing them to develop genes that could resist the effects of the poison.

The rats that developed resistive genes have since given birth to offspring and passed these genes on to them. Naturally, consistent contact with an anticoagulant that does not result in their death, and every passing generation, makes the resistive genes in these rats grow stronger. Scientists have recently warned that rats with no immunity are getting killed off, so we might soon experience a rat population that is fully resistant to poison.

Unfortunately, Norway rats, among the most common rat species in Canada, are very prone to developing an immunity to anticoagulants.

How to Deal with an Immune Rat Population?

Dealing with an immune rat population can be very tricky. First, you must understand what the rats are resistant to or what it is you think they are immune to. So far, most studies show that rats can resist anticoagulants. However, that most likely means that they can also create resistance to most of the other poisons. 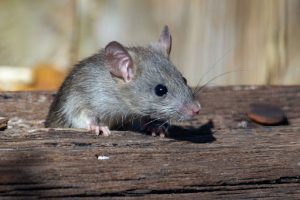 Thankfully, resistance to a specific poison does not mean resistance to the effects of all poisons. If you think the rats around you have developed an immunity to the rat poison you use, you should switch to a different poison type. However, how you apply the poison is also very important.

Remember, most of the rats immune to certain poisons today are only so because their first exposure to the poison was not sufficient to kill them. That direct experience allowed them to develop genes to fight against the effects of the poison, and these genes have grown stronger over time. To prevent this from happening -allowing the rats around you to develop a resistance to a new poison you try – it’s best to hire a professional pest control service.

A professional pest control service with a lot of experience, like SIA wildlife control, will understand how to apply the different rat poisons to give you the best result. We also advise you to ensure you never have to deal with a rat problem again!

How we Tackle Rat Problems at SIA Wildlife Control

For over five years, we have provided many home and property owners with a spectrum of services to tackle rat infestations. We prioritize your preferences as much as we are committed to providing the best results. To that end, if you prefer more humane methods to tackle your rat problems, we will be happy to provide you with that. 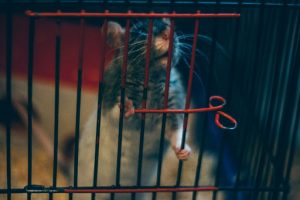 More importantly, all our technicians are licensed, and. We understand how urgent a pest problem can be, so we are available 24 hours a day and strive to provide you with our services within a day.

We service the Greater Toronto Area, from Stouffville to Georgina, Newmarket to Brampton. What are you waiting for? Give us a call today (647)220-2728!