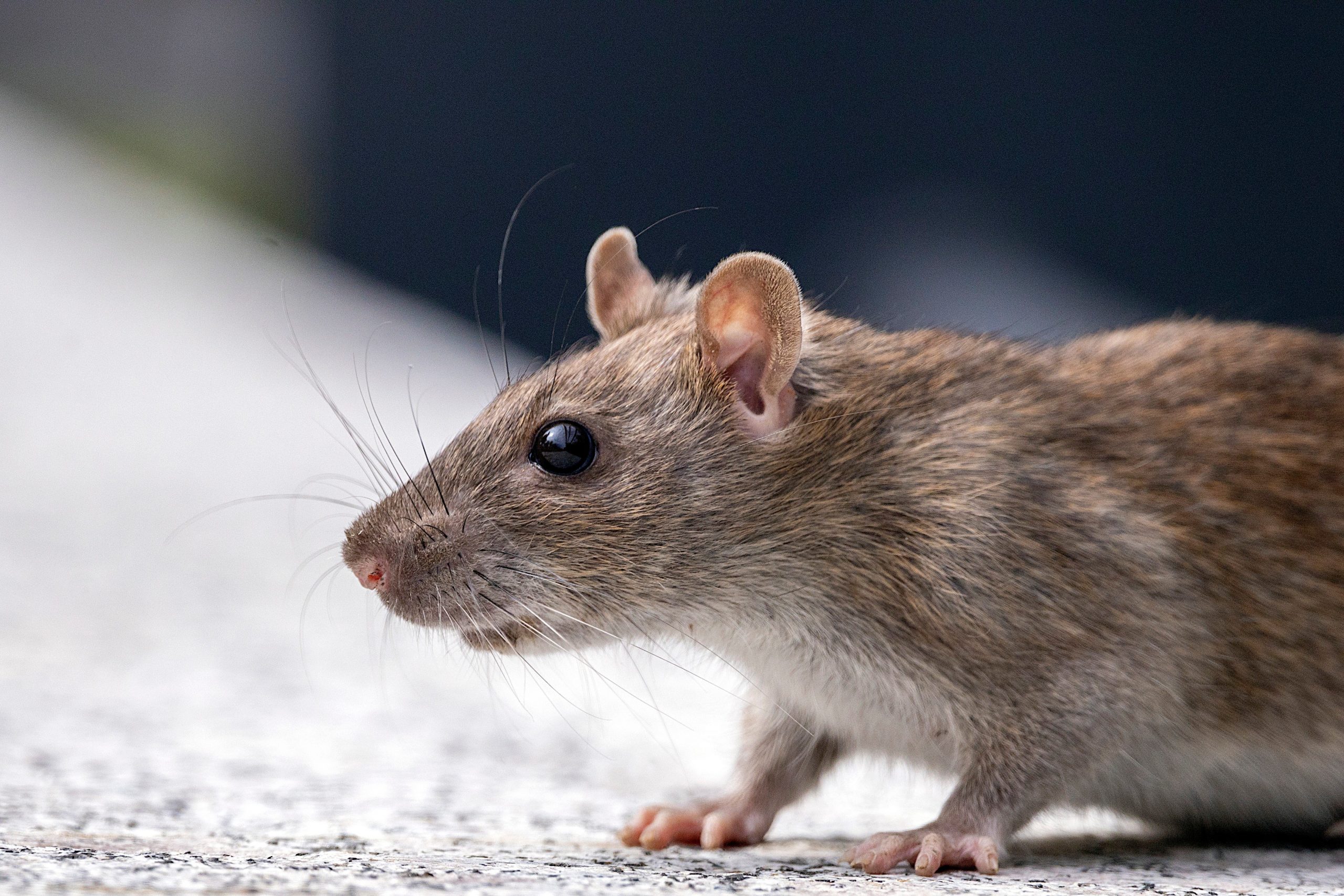 Can Rats Learn to Avoid Traps?

Have you ever set a rat trap that failed to catch your prey even when you knew rats were around the area? You may even continue to see rat droppings, yet the trap remains undisturbed. Or even worse, you check your traps and find that the bait is gone, but it caught no rat. Situations like these can be very frustrating and prompt you to wonder if traps work or if rats can learn to avoid traps.

Rats can learn to avoid traps. Studies have shown that rats are neophobic and highly intelligent. This means they are cautious of new items and tend to avoid them. They also have very powerful noses that can detect the human scent and will mostly avoid anything with a human scent.

However, there may be other reasons your traps don’t catch rats. This article will tell you what to do if your traps keep failing. Then we’ll explain different traps while ranking them based on their effectiveness. Finally, we’ll advise you on the best practices to adopt while setting rat traps.

Why are Your Rat Traps Not Working?

Rat traps could fail for many reasons. First of all, if you do not take the time to study and understand the pests plaguing you, your traps could easily fail. For instance, if you purchase rat traps to tackle a mouse problem or vice versa, your traps will most likely fail. Also, if you fail to set your traps on paths the rats are likely to take, it will most likely not work. Finally, it would help if you consciously used bait that will attract the rats you’re trying to trap.

Your rat traps might also not work because the rats have figured out it is a trap. As we pointed out earlier, rats are intelligent. Their intelligence helps them recognize items to an extent. So, whenever they see any other rat fall victim to a trap or even a specific type of bait, they will most likely continue to avoid that. However, even if they do not see another rat fall victim, their neophobia (fear of new things) makes them wary of anything they are unfamiliar with.

Studies have hypothesized that the neophobia of rats developed as a survival trait in response to human efforts to eradicate them. In a study comparing the reaction of wild rats to new food to the response of laboratory rats, the researchers found that the wild rats experienced lower levels of neophobia. This tells you that the rats understand that you do not want them around. However, they’ve also developed traits that ensure you don’t win easily.

To enjoy a rat-free environment, you must understand their defence traits and how to combat them.

What Can You Do When Rats Avoid Your Traps?

If you notice that the rats have never touched your baits or your traps have never worked, you need to help the rats overcome their fear of the new object. There are multiple ways to do this. One is to leave it lying around for a long time until the rats become familiar with it. Another is associating the trap with scents they are familiar with, like their urine/feces, by scattering feces or soil with rat urine around the trap/bait. Ensure to take all appropriate precautions while doing this.

It’s important to note that during this period of “acclimatization,” you are not actively trying to trap the rats. You are merely trying to introduce them to the presence of the trap. Therefore, during this period, the traps should be disabled. Also, if you are using bait with your traps, try as much as possible to keep the bait supply consistent and fresh, whether they touch it or not.

Helping rats overcome their neophobia could be very long and tedious. Some very “shy” rats have taken up to 15 weeks to react to new bait. You will have to remain patient and consistent throughout.

Another method you could try with live traps is purchasing bait that the rats might find irresistible. It would be best to opt for bait similar to what the rats have already been feasting on. You can then use this bait to lure them to the trap. 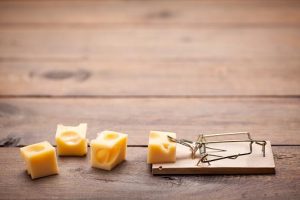 If your problem is that once your trap caught some rats, other rats began to avoid it, we also have a solution for you. Luckily, despite all their intelligence and survival traits, rats are pretty forgetful. So once they no longer encounter the trap, they will likely forget it after some weeks. Therefore, all you need to do is remove the trap and reintroduce it after three or four weeks.

What are the Most Effective Rat Traps? (Ranked)

Successful rat trapping requires the coming together of certain elements. However, to a large extent, the most crucial aspect is the type of trap you decide to rely on. When determining what rat trap to buy, an uneducated purchase could spell almost-certain failure for your trapping efforts. For this reason, we have decided to rank the traps we have found most effective in our years of experience to help you.

We’ve extensively discussed the ability of rats to learn about and then subsequently avoid traps. One way to ensure that your traps continue to be effective is by being creative while setting them. In that regard, nothing comes close to the Bucket trap. Essentially, the bucket trap is a device that lures rats into a bucket they can’t get out of.

Of course, baits play a significant role here because you must persuade the rats to approach the bucket. However, once the bucket traps begin to work, you can keep using them for a long time. Depending on your preference, you can use bucket traps as live or kill traps.

To convert from a live to a kill trap, all you have to do is fill the buckets with oil or water so that the rats drown once they fall in. Leaving the buckets empty, on the other hand, allows you to collect and dispose of the rats later. These are highly effective since they can catch multiple rats simultaneously, require little maintenance, and won’t harm humans or pets. Most importantly, they are cheap.

This trap is a great rat control alternative to those who aren’t yet ready to use poison for rat infestation control.

You can purchase a bucket trap here or watch this video to build one yourself.

The Goodnature A24 repeater trap is one of the most humane and lethal rat traps. It is also highly effective. The trap works by taking advantage of rats’ reliance on their powerful snouts. It then releases a pleasant smell to rats, attracting them to the trap. Once the rat is close enough and uses its snout to trigger the striker, a chamber full of CO2 (high-pressure gas) is exposed, and the pressure from the gas will be enough to kill the rat. This trap delivers death swiftly without toxic gas, making the rats safe for any other scavenger to consume.

Although the trap is much more convenient outdoors, you can also use it indoors. When in use outdoors, all you have to do is set it up and leave the trap in conjunction with nature to do its work. It requires little maintenance and can kill as many as 24 rats before you have to change the gas canister. Outdoors, you can also set it up on trees. Indoors, the process is the same, but you’ll have to regularly clear out the dead rats to allow it to attract new ones.

To fully understand how this trap works, watch this video. This is a good trap for regular rat control maintenance. The only disadvantage of this trap is that it’s a bit expensive. However, it is worth it.

You probably already guessed that snap traps will make this list. I mean, they have to be the most famous rat traps for a good reason, right? Snap traps are very effective when set up correctly. They can cause humane deaths when the blow lands on vital areas like the rat’s neck. That’s a plus. However, they might not be the best choice to deal with rat infestations since they mostly catch rats one at a time. 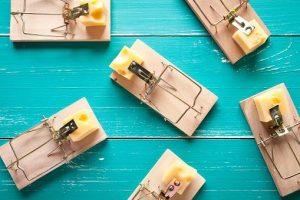 The rats likely learn to recognize and avoid snap traps once they see another rat caught. Most snap traps also require significant maintenance since you’ll probably have to reset them and clear out the dead rats after every catch.

Electric traps work, but there are a few reasons why they are lower on this list. First, luring a rat into an electric trap will take more work. To successfully do this, you’ll need to leave the trap deactivated with bait for days or weeks before you begin using it. Secondly, like snap traps, they mostly catch only one rat at a time, and you might need to empty them after each kill.

The death delivered to rats is not quick and painless, making it significantly less humane. Finally, electric traps mostly use batteries; after approximately 40 kills, you’ll need to replace the batteries. On the plus side, however, disposing of rats killed by electric traps is relatively easy, and the risk of you touching the rat’s remains is very low.

Despite all the hype, typical live traps are unfortunately ineffective against a medium to high rat infestation. Rats will most likely not enter a device once they see another rat trapped in it, so you rarely catch more than one rat. Typically rat traps are best for determining the cause of strange noises or unknown rodent activity in your home. Some designs allow you to catch rats, mice, squirrels or other rodents, so you can use that to figure out the problem. 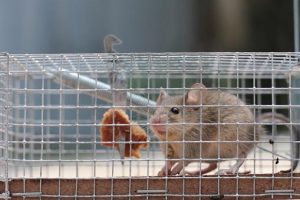 A typical live trap will also be proper when trying to lure out a rat you saw come into your home and disappear. As long as it’s just a single rat, a live trap may contain it so you can dispose of it later.

Now that you know about the best types of rat traps available let’s talk about what you can do to increase the effectiveness of your traps.

With their experience and knowledge, pest control professionals can tackle your rat problem faster. At SIA Wildlife Control, we have developed techniques that help us solve your rat problem quickly and effectively. Once you contact us, we commit to eradicating your pest problem and remain dedicated until there’s no single rat on your property.

Want to see if that’s true? Check out what our previous customers have said about us. Contact us today for the most effective rat control service in the Greater Toronto Area!