Home » Seasonal Wildlife Tips » I hear noises in my attic?

I hear noises in my attic?

So you’ve heard scratching sounds or noises in your attic, this could be raccoon noises, squirrels, mice or generally an animal in the attic. If you hear the animal scratching in the attic at night or early in the morning that’s useful information for identification. Nocturnal animals make noises at night time, while diurnal animals make noises in the morning.

You may have a pest or wildlife nuisance living up in the attic. It’s important to pay attention to the sound you hear. Occasionally we hear noises in the attic when we’re sleeping because everything is quiet. There are a few things to consider before you call wildlife control services.

Am I hearing these noises on a windy day/night? Sometimes strong winds can makes attachments on the roof squeak or thump if they are not secured tightly. If you’ve considered thoroughly and you’ve concluded that these noises are there majority of the time, you’ve reached the part where you can identify which sort of pest is causing it.

This is a general guideline which helps identify pests that are inside your attic or walls. The types of noises are very important as normally slight differentiations can mean another pest or problem altogether. Wildlife removal companies use these information to accurately identify pests in your property along with a roof inspection to locate entry points for more information.

These guidelines may not diagnose your problem 100% and may need an actual inspection to identify your pest in the walls or attic. A full and proper inspection must be performed to ensure accuracy of the problem.

A squirrel will make sounds like a scattering in your attic. You will hear them sprinting across your attic throughout the early morning and day time up until the evening. They will also chew regularly followed by running back and forth.

Squirrels are the easiest interpretation when it comes to sound identification. How did they get in? A number of different ways, an old abandoned raccoon entry point in the junctions of the roof or a natural gap.

Squirrels can chew ventilation caps or a septic pipe plastic covering on your roof. Worst case scenarios are locations where rain and snow will follow in after a squirrel, such as a roof-line gap which when chewed will probably be letting in rain and snow.

A squirrel will be active through-out the day, as it enters and leaves it’s den (your attic). These noises are heard just a bit before Dawn and after Sun-set.

Mice or rats. Mice and rats can sound similar when scratching the ceiling from the attic. The differentiating point is the scattering noise that squirrels make. Also mice and rats tend to scratch the same area of the ceiling or walls.

In most cases when insulation is involved, mice will not be heard running or scattering. Rats may be heard situationally, however they will not sprint back and forth across ceiling or the wall like squirrels. Rats will run at a speed that is not consistent with squirrels and are slower in speed.

Raccoons are very hard to ignore. You’ll wake up in the middle of the night to a sound of heavy walking, as if a burglar is in your attic. Some of the noises raccoons may make are similar to dogs shuffling about in their bed space. In your attic you may hear the same sounds as they prepare their bed in the insulation.

Raccoons are noisy and will wake you up at night on their way out to scavenge for food and then again in the morning on their way back to sleep. These sounds will usually be heard between the hours of 7pm-6am depending on the season. Although it may vary due to weather temperatures and/or sickness.

How did they get in? They can pop the lid off your ventilation caps. Sometimes they dig into your roof(weak plywood due to age and water). A few other probable areas are soffits (junctions mainly), these areas are weak and flimsy. Raccoons will push these soffits in and enter your attic. Soffits are weak especially in the junctions of the roof where raccoons can sit and be situated to exert maximum force.

Alternative entry routes include squirrel entry points which the raccoon will enlarge over time to enter. And finally, chimneys.

Interesting fact: raccoons eat rodents and squirrels which is an attractant into your attic, while the main attraction is the shelter your attic provides.

Opossums can sound similar to raccoons, these cases are more rare. In the past we have found opossums within the attic which were initially suspected to be raccoons.

Mice and rats make noises that sound like a constant scratching of one area in the house or multiple areas but mostly in the same location. In other words there won’t be running unless there is no insulation in that area of the wall or ceiling.

You may hear the mouse or rat moving but it will not be as fast as a squirrel scattering and as constant. Rats and mice may be heard when your insulation levels are low or missing because their foot steps will echo through the drywall.

This is because they are stepping on solid material instead of your insulation which will deafen the sound they would make. These noises may be heard at any point of the day but mostly at night time. Rats and mice are both nocturnal, however they can be seen foraging during the day.

Please read the squirrel misinterpretation section above. Mice and rats can be misinterpreted as bats. But in actuality they sound quite a bit different. Although their sizes are similar to each other, the noise that bats make are usually crawling and tapping. Bats can be heard tapping on the soffit as they crawl or flap their wings.

Other wildlife are less likely to make noise within your attic and are usually spotted visually entering your attic. These are birds and bats. Although birds can be heard chirping (unless in the attic) and bats can be heard tapping in the soffits, you may need visual signs to find and identify them.

For birds look for white droppings on the walls or shingles and side vents. Bats are similar but instead you should look for their guano. Guano are bat droppings and they look dark brown and about x1.5 the size of grains of rice. Visually they look rounded on the edges and generally uniform in shape. You can find them embedded onto your side wall or the ground right below the entry point.

Call SIA Wildlife Control to remedy the noises you hear in the attic. Our technicians are trained to solve all your pest and wildlife removal problems quickly and safely.

How to get rid of squirrels 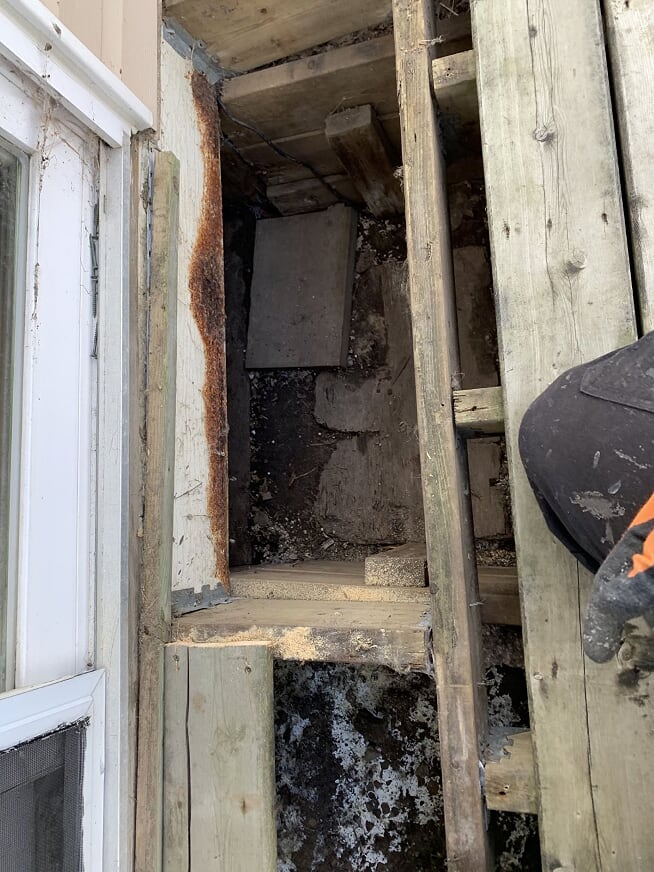 Can a raccoon be inside my walls?