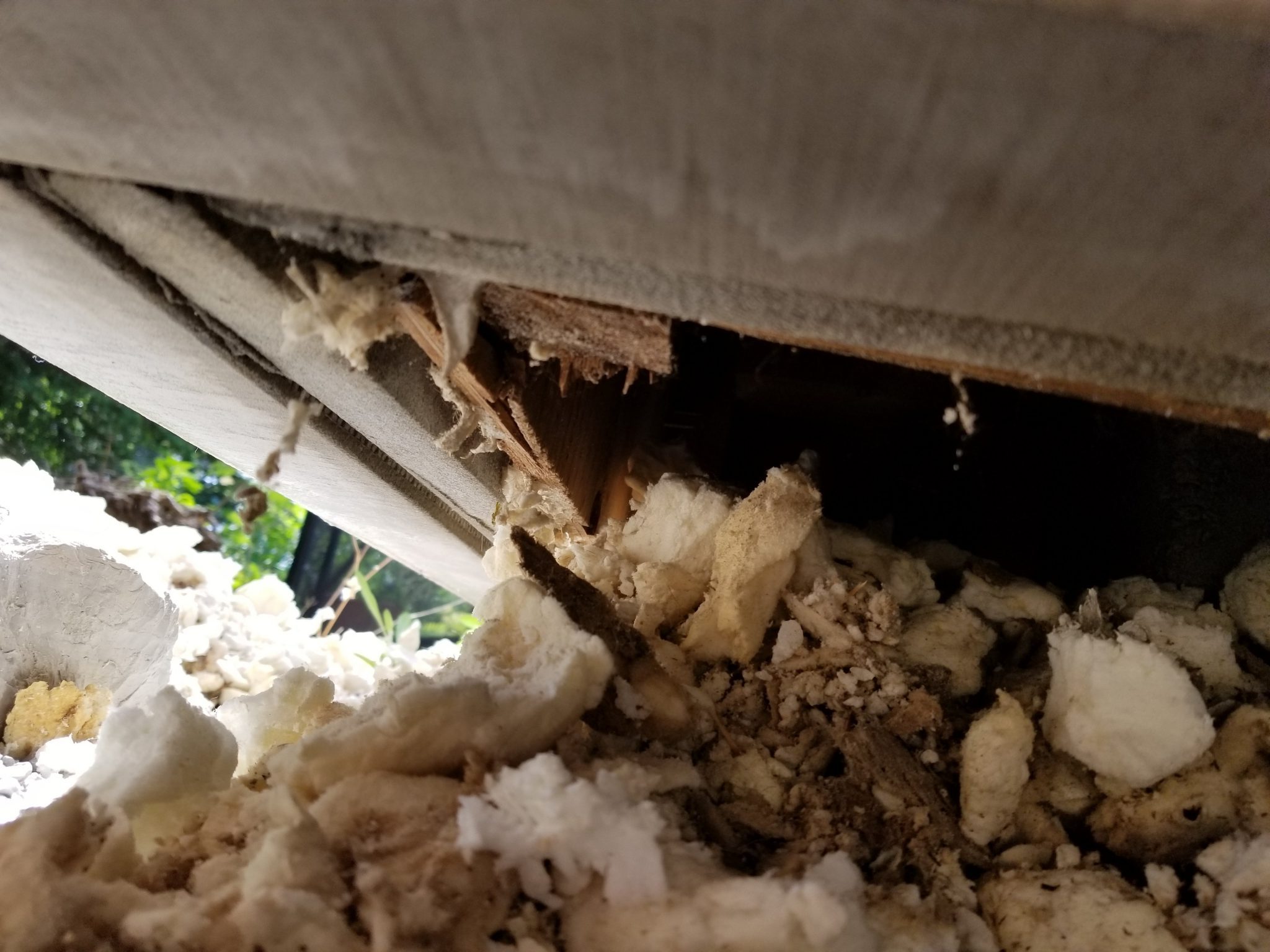 Ingenius And Difficult Raccoon Removal From A Home Space King, ON

A couple of weeks ago, we could have said we’ve seen it all with all raccoon removal situations. But occasionally we are surprised. Take this raccoon in King, ON for example. This raccoon was living with homeowners who had no idea she was there in their home extension. When we first arrived for a squirrel removal job in King, the homeowners were shocked. We found out raccoons were also present in the same space but at a different entry site.

At first glance it seemed like squirrels, but when Sia approached the entry point the first immediate sign was raccoon odor. Second, after a bit of digging, revealed raccoon fur in the edges of the wood as seen in the picture above. When the camera hit the right angle, the fur was visible and official.

The job took 2 attempts to complete, due to the light rock beddings. On the second arrival, we took no more chances.

The method we used for removing the raccoons involved the exclusion or 1-way door system. 1-way doors are a proven and efficient way for removing wildlife from nasty and undesired locations. Animals can get out and be denied re-entry without putting on any human to animal stress. Finally, quantity is not an issue as any amount of raccoons can exit without returning. Exclusion doors have limitations, and should not be used during and certain points of baby season.

For this King home in Ontario, there will be no more raccoon issues as the site has been restored with the protective meshing keeping nuisance wildlife out. Like our stories? keep reading and follow our technicians as we provide wildlife removal and nuisance services in King and the Greater Toronto Area.