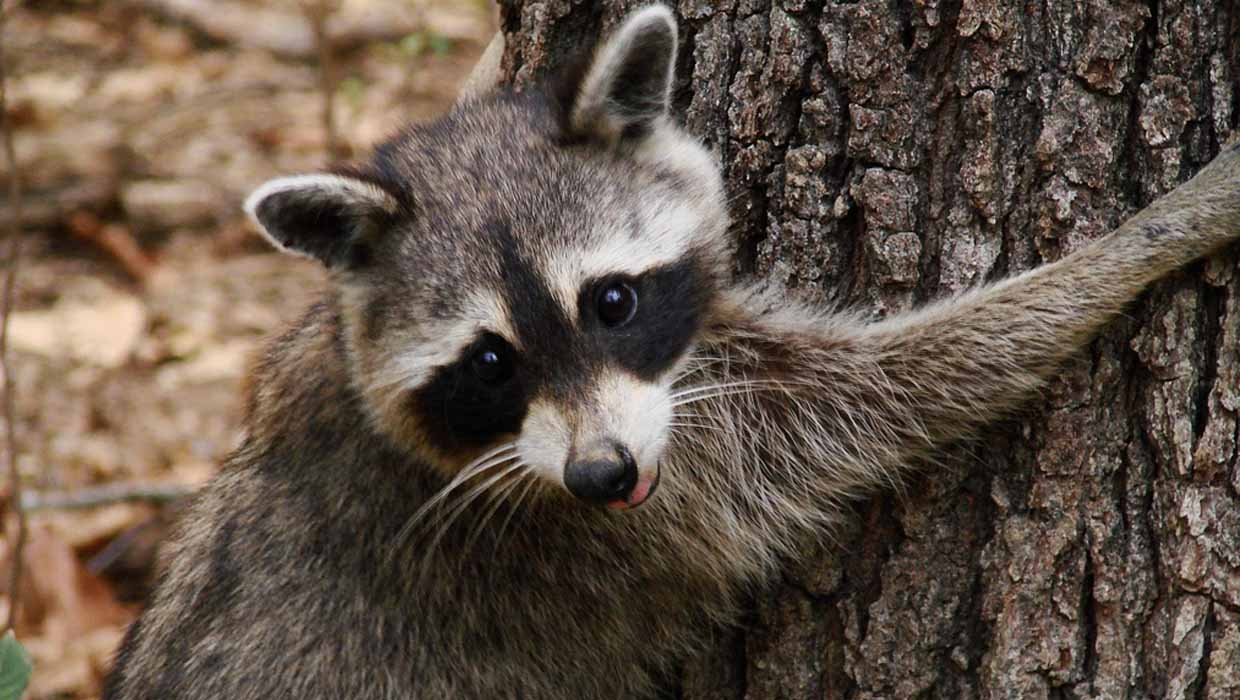 We offer pest control solutions that mainly involve raccoon removal in Toronto, since they are the biggest issue in the area. Raccoons adapt easily to urban areas because of access to many food sources. So, they are easily the number one pest nuisance to homeowners in Toronto and the GTA.

Raccoon removal is highly regulated in Canada and other countries. For example, there are wildlife legislations that regulate how to get rid of raccoons in Toronto. So, the best raccoon removal method is using a humane approach. At SIA Wildlife Control, we use a seamless one-way door system designed for raccoons to ensure humane raccoon removal.

After confirming that there are raccoons on your property, our technicians will install the one-way door onto a galvanized carbon steel 16-gauge mesh. They will then place the mesh over the entry area to allow an exit for the wild animal. This mesh does not rust and, over time, will dull and blend in better with your property.

Typically, the raccoon(s) will return during early morning hours, but the door will deny re-entry into the area. This process will solve your problem and warranty that area for two years, as long as there is no human tampering.

If a raccoon has entered or burrowed under your deck, the removal process will involve digging the spot and installing a screen with a one-way door placed at the original entry point of the deck. This allows the raccoon(s) to leave and not be able to return through the same opening.

After Getting Rid of Raccoons, What Next?

Raccoons don’t like being kicked out of their dens. They will try nightly, weekly, monthly, and yearly to get back into your attic or wherever you removed them from. So, it’s very important to prevent them from re-entering your property.

However, if you plan to change your roof in the future, note that it’s important to ask your roofers to reinstall our work at its original location.

Identification is an important stage of getting rid of raccoons from your property. So, how can you tell it’s a raccoon in your attic and not a squirrel or mice? Raccoons are active during the night, usually starting at sunset. When they wake up in the evening, they head towards their entry point and leave the attic to search for food. At this time, you may hear heavy footsteps across your ceiling. This can continue until morning as they go back in to continue their business.

Whether shuffling insulation, playing, grooming, or simply getting comfy for sleep, raccoons will probably disturb your sleep. During the day, it’s not common to hear raccoons. However,  you may hear some activity but not as much as in the evening. Need to know more about identifying raccoons by their noises? Read our noises in the attic article.

Raccoons can be destructive, and sometimes they can ruin your lawns and damage other parts of your property. So, it’s normal to want to remove them fast and at all costs.

Sometimes, wildlife control experts may have no choice but to trap and relocate raccoons. This is especially true for open spaces where no physical work can be done. However, this method is seldom used unless necessary because of the animal stress involved in trapping raccoons.

Also, a seasoned technician will avoid trapping and relocating female raccoons during the baby season because she will likely have her babies left behind. Also, it’s important to note that city bylaws dictate the relocation range for wildlife to be 1 km.

Behaviour And Survival Of Raccoons

Raccoons survive by scavenging food from compost bins or food found in an accessible storage area. While this is a convenient way for their population to bloom, it is not the only way. Raccoons also eat smaller animals. Adult raccoons regularly hunt squirrels, mostly in the evenings and late hours.

They also have predators – raccoons need to worry about coyotes and other raccoons. However, with natural abilities like climbing, they can avoid danger from coyotes. They can also be threats to each other as they often have fatal battles with other raccoons. This fight for survival is common in the baby season when they have to compete for territory and dominance.

During the winter, raccoons don’t hibernate but instead slow down their activities. They can go without food for quite some time before leaving their shelter and scavenging. Regarding wildlife control, raccoon removal still goes on in the winter but less so than in spring. This is mainly because raccoon infestations begin in spring through to winter.

One of the main reasons raccoons are most active in spring is for the well-being of the babies. Baby raccoons need warmth to grow properly as their bodies can’t regulate heat yet, and can easily die in the cold.

The raccoon baby season falls between March and June. At this time, female raccoons are very active and try to feed and protect their babies. Raccoon removal in Toronto is usually tricky in this season, and using a one-way door system in the removal process isn’t very effective.

For instance, a one-way door can’t be used to evict the mother while her babies are inside an attic or confined space. In cases like these, technicians must enter the area in question and physically remove the babies. The next step after removing the baby raccoons is to reunite them with the mother raccoon before sealing the area.

Also, if the baby raccoons are inside a wall space, the wildlife control personnel must prepare for problems that may arise and ensure their safe removal. To do this, they may need to cut your ceiling or walls to extract them. If the baby raccoons are not removed from such spaces, and the mother cannot reach them, she will attempt to destroy the roof or other parts of the area. This can result in expensive carcass removal and home repairs!

Therefore, it’s best to get rid of raccoons from your property before March. Otherwise, you may incur higher raccoon removal costs during the raccoon baby season.

Raccoons and squirrels can cause severe diseases like rabies, salmonella, and leptospirosis. Also, raccoons are the main carriers of roundworms. Some squirrels may also carry ringworms (different from roundworms). To learn about some of these diseases see below:

Rabies is a viral disease transmitted through scratch, bite, or saliva. Be especially alert to animals that seem sick and behave in the following manner:

Salmonella is found in various wildlife animals, and raccoon feces may contain salmonella. Therefore, salmonella is contractible through incidental ingestion of the bacteria from hand to mouth. Salmonella is usually dormant in dry environments. However, it will survive for a long time until the atmosphere is favorable. Some symptoms related to salmonella disease are:

Leptospirosis is a bacterial infection found in feces and urine. Most importantly, leptospirosis can affect humans and animals. Transmission is possible if a cut on the host comes in contact with the infected animal’s urine, feces, or other secretions. Symptoms of the infection are as follows:

Roundworms are parasites that infect wildlife and humans alike. Raccoons are the main carriers of roundworms and release an average of 4 million eggs inside their feces. If humans accidentally ingest the eggs of roundworms, they will hatch and cause serious problems. Its symptoms are as follows: