Home » Squirrel Removal » What time of the day do squirrels come out? 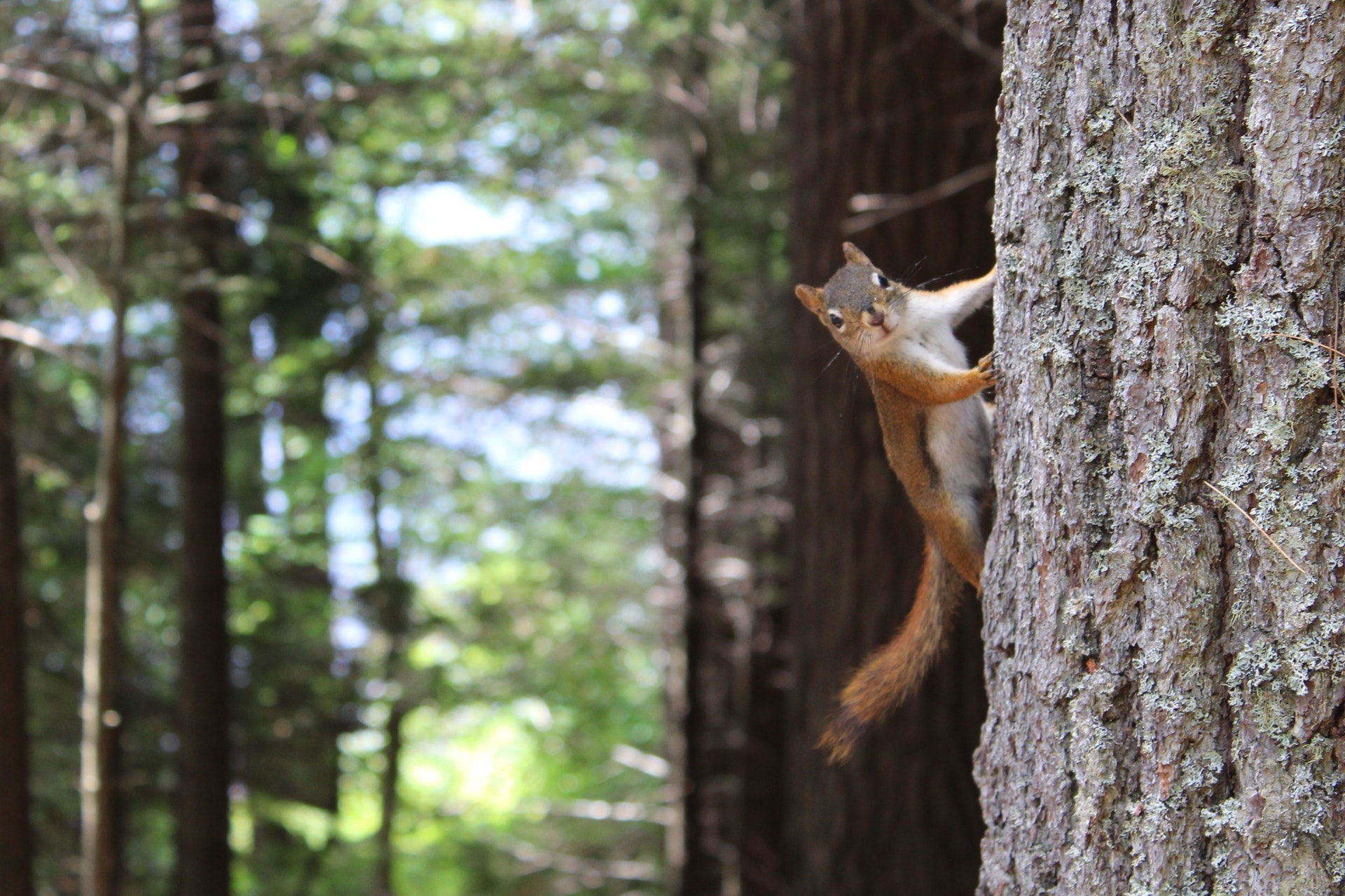 What time of the day do squirrels come out?

When the sun is intense and sunny, squirrels are most active in the morning and evening during the summer and fall. They are more active as the days grow longer. They get up half an hour after the sun rises in the morning and begin their day. If you heard strange noises in your home during the night, you can rule out this animal. Unfortunately, it’s a different species keeping you up at night. There are some common urban pests that are nocturnal; therefore, we should figure out what we are up against through a simple elimination process.

They Sleep At Night

From the species that can infiltrate your home at night, squirrels aren’t one. Squirrels are diurnal. They have the same schedule as humans. You’re most likely to see them during dawn or dusk as they usually arrive and depart at certain times. While it’s dark, squirrels are unlikely to make a racket. They go around spending the entire day seeking nuts and scrambling up and down trees. They can be found underground, bunkered down in a burrow, or up high, in a tree, at night to catch up on sleep.

Scratching is a frequent squirrel sound that may be heard on various objects, including wooden beams in a home and trees on the property. However, this sound is likely to be heard throughout the day. Squirrels, like humans, sleep at night and are hence silent. Squirrels get up early in the morning, ready to start their new day and seek food. Thus, homeowners who assume they have squirrels in the house are more likely to hear them.

Squirrels usually return to their nests after finishing their daily activity. Under a sunny sky, they work hard and play even more. Their days are hectic, and they spend them digging for food or burying it.

Squirrels do not hibernate throughout the winter, contrary to popular perception. They do, however, substantially limit their activity levels, lowering the chances of hearing them dashing around your house late in the day. Squirrels cannot physically hibernate because they are unable to store enough fat to last through the long, cold winter season. Instead, they drastically limit their activity levels, preferring to spend as much time as possible in the comfort of their dens.

For an extended amount of time, they withdraw to their dens. As they calm down for a long, peaceful sleep, their body temperature drops to a few degrees warmer than the ambient temperature, followed by slower breathing and heart rate. Each week, they’ll be awake for 12 to 20 hours. So, if you hear disturbances in your walls or attic at night during the winter, you may safely rule out squirrels.

Their sleeping quarters are in a snug den, which has been spruced up with moss, leaves, and grass as needed (or anything lying around your walls or attic, such as insulation).

Both grey and red squirrels, prevalent in Ontario, make dens for the winter and are only partially active during the winter months. However, you are significantly less likely to hear them throughout the winter, day or night, because of the lower activity level. If you’re wondering if squirrels run around at night, it’s easy to recall that they don’t because these daytime critters are almost certainly in bed, just like you. Consider hiring wildlife removal services if you hear anything racing about your house during the day. It might be a sign of wildlife in the attic, and homeowners should address the issue as soon as possible before it worsens.

If you hear scattering or scurrying sounds in the morning or evening, you are most likely home to a squirrel family. One should not try to remove squirrels on his/her own; instead call a wildlife control specialist in your area.